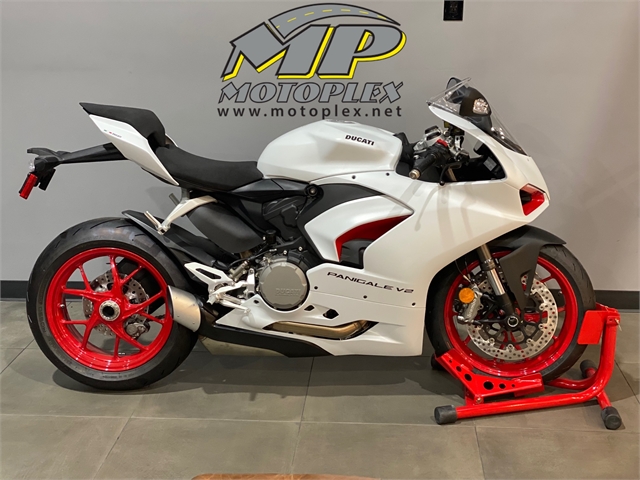 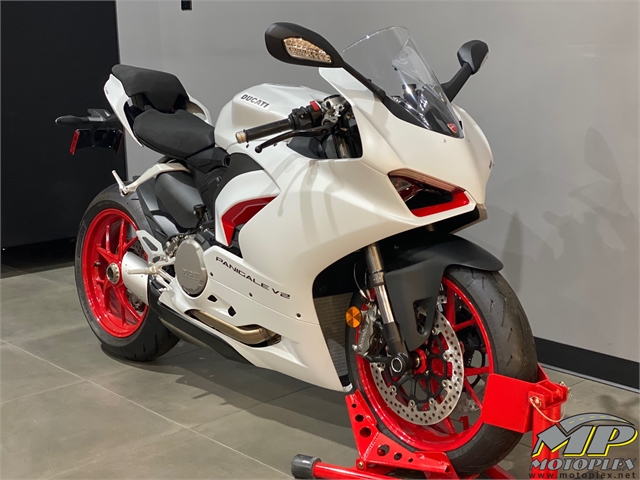 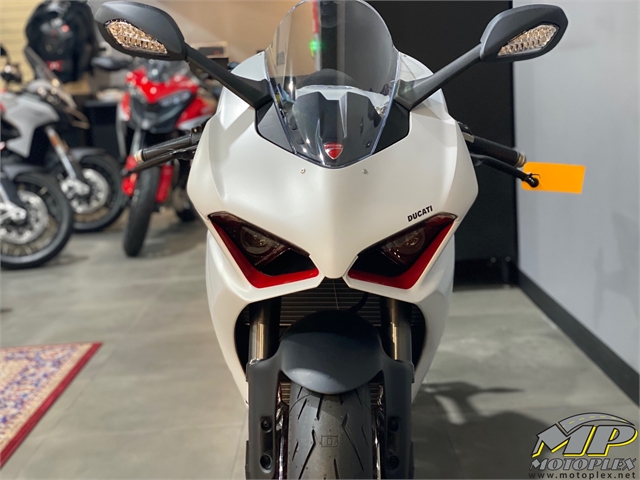 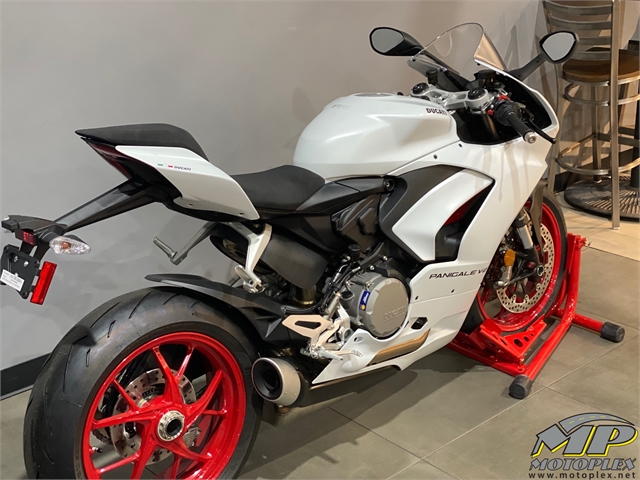 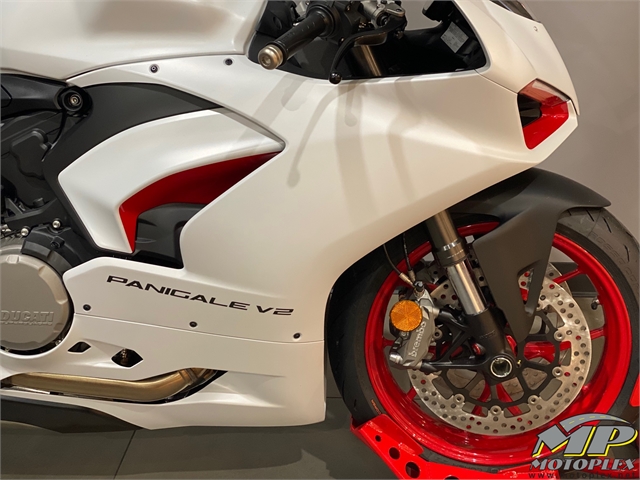 103 people have recently viewed it.
Description

The Red Essence.
In White.

The twin-cylinder Panigale has a completely new look and refined electronics thanks to the use of the Inertial Platform, and is even better performing and safer on the track, not to mention fully exploitable and enjoyable on the road thanks to a more comfortable seat and revised suspension setup.

Its name lets the lovers of Borgo Panigale twin-cylinders know that the model is powered by the 955cc Superquadro.

Dominating the front end are the two large air intakes, the upper parts of which incorporate the full-LED headlight. The new intakes merge with the existing air feed layout via newly designed ducts that, delivery rates remaining equal, lose less pressure than the previous ones, thus boosting intake efficiency. The headlight has been compacted with the express intent of giving the intakes themselves - especially with the bike at standstill - a more menacing air.

The tail is built on a steel Trellis subframe lined with plastic covers that runs from the vertical cylinder to the tailpiece, of winged, spoiler-like design. The tailpiece incorporates the full-LED tail light, also wing-shaped: while a one-piece assembly, the light has two distinct parts as per Ducati sports bike tradition.

The perfect fusion of power and elegance

The new Panigale V2 Is a beefy yet compact bike of essential design with clear-cut lines that convey power without compromising classic Ducati superbike flair.

Performance enhancement largely stems from the new injectors (two per cylinder, one above and one below the butterfly, larger, and re-angled) and the new inlet ducts.

On the Panigale V2 the engine acts as a stressed member of the frame. Set 90° apart, the cylinders are banked rearwards around the crankshaft axis, resulting in a 21° angle between front cylinder and horizontal plane.

Transmission features a six-speed gearbox with the Ducati Quick Shift up/down EVO 2 system and an oil bathed clutch. The latter has an anti-patter and progressive self-servo mechanism.

The front-end geometry has 24° of rake and 95 mm of trail. At the rear, instead, the double-sided swingarm has been replaced with a sophisticated, fully die-cast aluminum single-sided swingarm.

The Panigale V2 features the 43 mm Showa BPF fork at the front, which provide full adjustability in spring pre-load, compression and rebound damping.

The comprehensive and modern electronic equipment, based on the 6-axis inertial platform, leaves no doubt that the Panigale V2 possesses the DNA of the high-end sports bike.

The front headlight assembly is extremely compact thanks to the adoption of two small LED low beam / high beam modules.