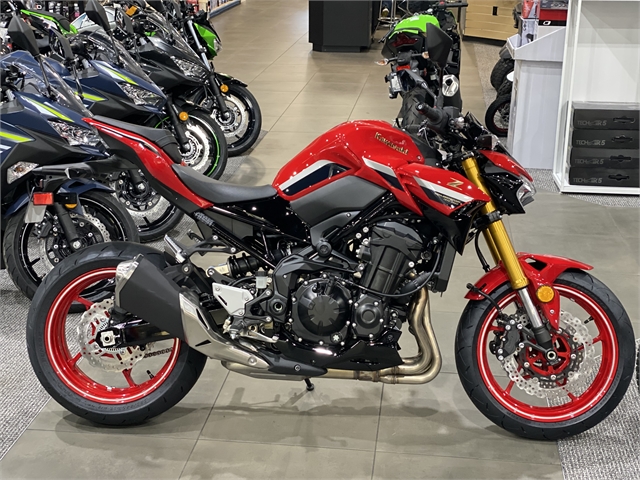 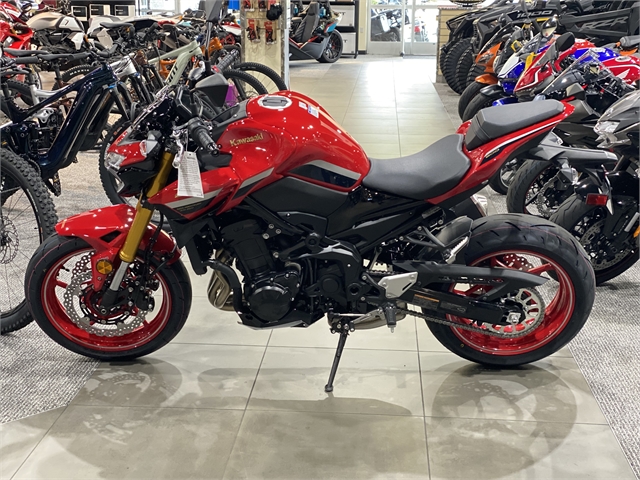 312 people have recently viewed it.
Description

The Z900 epitomizes Kawasaki's belief of what the ideal supernaked should be. With a 948cc engine and ultra-lightweight chassis, every ride is met with exceptional power, responsiveness and excitement. Make your presence known on the streets with signature Sugomi™ inspired styling and a commanding ride position.

Kawasaki celebrates the 50th anniversary of the iconic Z motorcycle with the 50th Anniversary Edition of the Z900. The "Firecracker Red" paint scheme, similar to that of the 1981 Z flagship Z1100GP that pushed the limits of air-cooled high performance makes its return.

SUPERB BALANCE OF POWER AND HANDLING

Sporty and relaxed upright ergonomics with heads-up visibility allows for a commanding ride position that places the rider “in” the bike for a confident and connected riding experience.

The Z900 supernaked makes rider experience a top priority whether you’re throttling through twisty back roads, city streets or cruising the open highway.